So I just got back from a family vacation to the beautiful Mt. Rainier National Park, only to find that some of my DJI drone stock video files are corrupted. Grrr…. Of course, the shots that I remember being the best are the ones that need a DJI File recovery tool, expert, exorcist, or wizard. I NEED to repair corrupt DJI video files.

I did a little research to see if I could fix the corrupted DJI Video files myself. Spoiler alert: I figured out how to fix corrupt DJI Videos.

How do DJI Drone Files get Corrupted/Damaged?

There are a number of reasons a drone produce a corrupted file:

All of the DJI drones produce an mp4 file. If that file is damaged and won’t play, then it needs to be repaired. Here are three ways of recovering a broken DJI video file. Not all drone files are fixable but it is certainly worth a try. Right?!

Disclaimer: If you screw up your computer in this process, that’s not my fault.  If you follow these directions exactly, everything should turn out fine.

Here is my workflow all laid out for you!  This process uses a few pieces of software (all of which are open source…FREE! And work on iOS, Windows, and Linux).  All broken video files from DJI’s drones (Spark, Mavic Air, Mavic Pro, and Inspire) can be repaired in this way.

Make it Easy On Yourself!

Before trying this process on your corrupt DJI video, make a backup copy of the file to work from – just in case something happens you’ll still have the original corrupted file.
Then, put that copy of the corrupted video file into its own folder.  I put the corrupted file in the downloads folder as I usually keep that folder empty and the address to that location on the computer is pretty short to type.

Repair the file with DJIFIX

DJIfix is an open-source program.  Using it is pretty straightforward.

Simply download the DJIfix file into the “Downloads folder” (where we’ve already put the corrupted video file – both files must be in the same folder).  Download here:  iOS or WIN

Using the typed commands, navigate to the Downloads folder (usually something like, “cd downloads”) – for help with this, see my video above.

Open Terminal on your computer.

Then run the repair on the corrupted file by typing: ./djifix name-of-video-file-to-repair-including-any-.MP4-or-.MOV-filename-suffix

Open the DJIFIX.exe file by double-clicking on it.  When the command prompt opens, type: djifix name-of-video-file-to-repair-including-any-.MP4-or-.MOV-filename-suffix

DJIFIX repackages the video as a .H264 file.  This type of file is playable by some video players but isn’t as universally useful as the original MP4 that the drone created.  So, to make the file easy to use and share, we must convert it.

Convert the File back to MP4

To play the file on all devices and by all apps, it must be converted into an MP4.

To convert the video and keep its original quality, we’re going to use a program called FFMPEG.  First, we install it using another little program called Homebrew.

There is a great tutorial for installing FFMPEG on Windows here.

FFMPEG converts your video frame by frame.  This takes a while but preserves the quality of your footage.

Once the file is converted.  Test it again as we did before fixing it.

If your file still isn’t working, seek additional advice or help from the DJI forum. 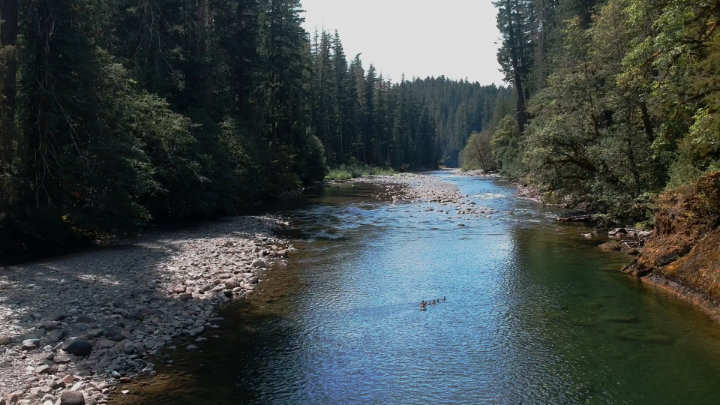 I’ve got my footage back!  There were some beautiful shots of trees, rivers, and some ducks swimming across the river that I recovered.  They look awesome.  I’m super stoked to have this back and a step by step solution for the future.

If you’re a Spark, Mavic Air, Mavic Pro, or Inspire pilot, I hope you’ve recovered your killer shots!  Now you know how to repair DJI video files.  Hit me up on the contact page or social media to share your success stories.

Mark
PS – Would you like a professional to fix your drone video file?  Shoot me a message here.